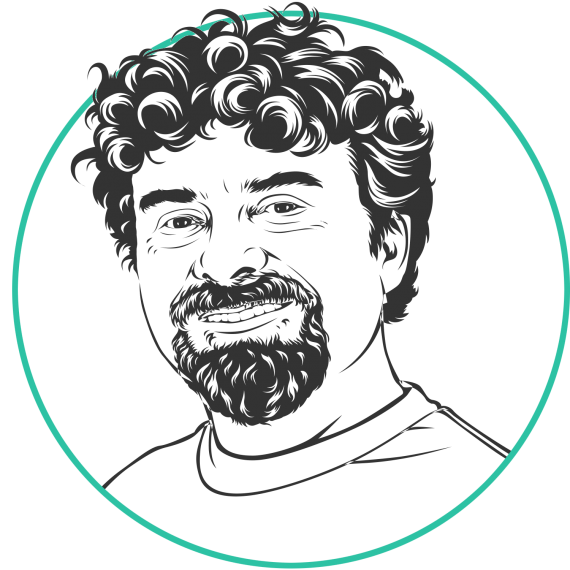 Back to the Team

Largest website Eric has ever worked on? Loans.com for Bank of America® between 2000 and 2001. $13 million. Over a year’s worth of wireframing and strategy sessions between San Francisco and Chicago with a team of sixteen designers and strategists. Smallest website Eric has ever worked on? A one-page site for a man running for mayor in a small town in Alabama. Finished it in a couple of hours. He won.

Eric’s career began after college in 1988 when he was hired as one of the first pyro-technicians for the then new Disney/MGM Studios. He eventually worked as an audio technician, crew chief and designer on many Disney themed shows and publications.

Eric also had the privilege of working first hand with George Lucas, Jim Henson and Frank Oz among other entertainment luminaries.

After a back injury cut short the Disney stint, Eric returned to school to focus on computer generated graphic design and video production. In 1995 he began working for an ISP as both web designer and webmaster. In 1997 Eric moved to San Francisco where he became the Web Manager for the Mindscape Games® division (now Ubisoft®).

It’s difficult to get Key to relax — He always has to keep moving.  Music and movies have been his passion since he was a child.  Here are a few of his projects.